Adviser to the Center for COVID-19 Situation Administration (CCSA), Clin. Prof. Dr. Udom Kachintorn, says medical workers who have received two Sinovac doses, will receive a third vaccine shot, also known as a booster, due to the spread of the Delta variant in many areas.

Researchers at Oxford University indicated that a person’s immune response will decrease by 50 percent three to four months after receiving the vaccine. However, the World Health Organization (WHO) has yet to provide an official guidance on receiving a third dose.

After receiving the first and second doses of the AstraZeneca vaccine, the period to receive a booster shot is three months. However, the physician recommended people not to quickly book their third dose because they may receive an old version of the messenger ribonucleic acid (mRNA) vaccine. A newer version may have less serious side effects.

Thailand is now considering which vaccine is the best option, between AstraZeneca, which is a viral vector vaccine, or an mRNA vaccine. The result should be known in a month.

The booster shot will be first given to some 700,000 medical personnel, followed by the elderly and people with any of seven chronic diseases. If the Pfizer vaccine is not yet available, the AstraZeneca vaccine will be administered to medical personnel.

If the Pfizer vaccine is available, 1.5 million of its doses donated by the United States will be given to medical personnel.

After the general public signed up to receive 20 million Pfizer doses and 5 million Johnson & Johnson doses, with the Moderna vaccine to be delivered to the private sector in the fourth quarter of 2021, people should not look down on the Sinovac vaccine, since it is also effective in preventing serious illness and death, similar to the AstraZeneca vaccine. The WHO has not recommended people to be administered with different vaccine types, as it would be difficult to distinguish the vaccines if there are negative outcomes.

Clin. Prof. Dr. Udom insisted that the coronavirus will continually mutate, and vaccines are being developed to counter different variants. A vaccine committee has made considerations for ordering more vaccines, and it is not being inactive. There will be a press briefing after each meeting from now on. The next meeting will take place on July 9th at Rajavithi Hospital in Bangkok.

The Pfizer vaccine has been selected as an mRNA vaccine to be given to the general public for free. The vaccine will arrive in the fourth quarter of this year. 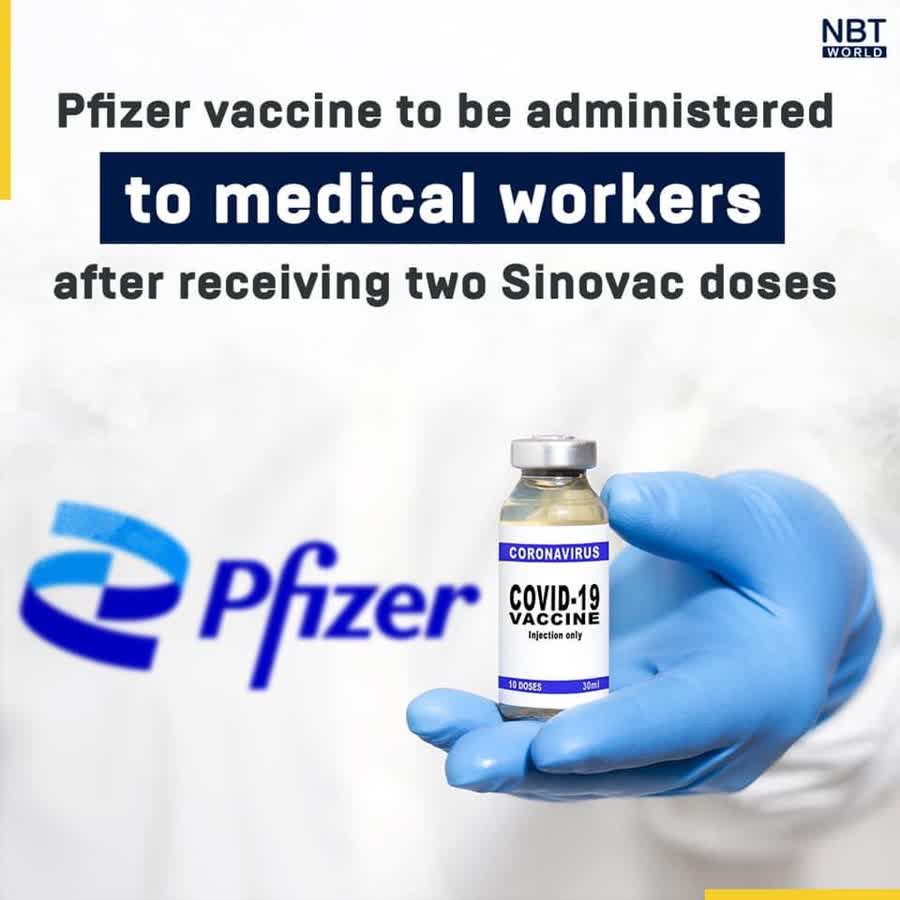 The post Pfizer vaccine to be administered to medical workers appeared first on BangkokScoop.