The celebration of the lndian Technical and Economic Cooperation (ITEC) Day 2021 in Thailand was organized by the Embassy of lndia, Bangkok on 15 September 2021 at the Embassy premises. The hybrid gathering was presided over by H.E. Mrs. Suchitra Durai, Ambassador of lndia to Thailand. Ms. Hataichanok Siriwadhanakul, Director of HRD Bureau, Thailand lnternational Cooperation Agency (TICA) graced the celebration as the Guest of Honour. ln her remarks, Ms Siriwadhanakul spoke about the long-standing cooperation between India and Thailand in the area of capacity building and praised the role of India’s ITEC Programme. 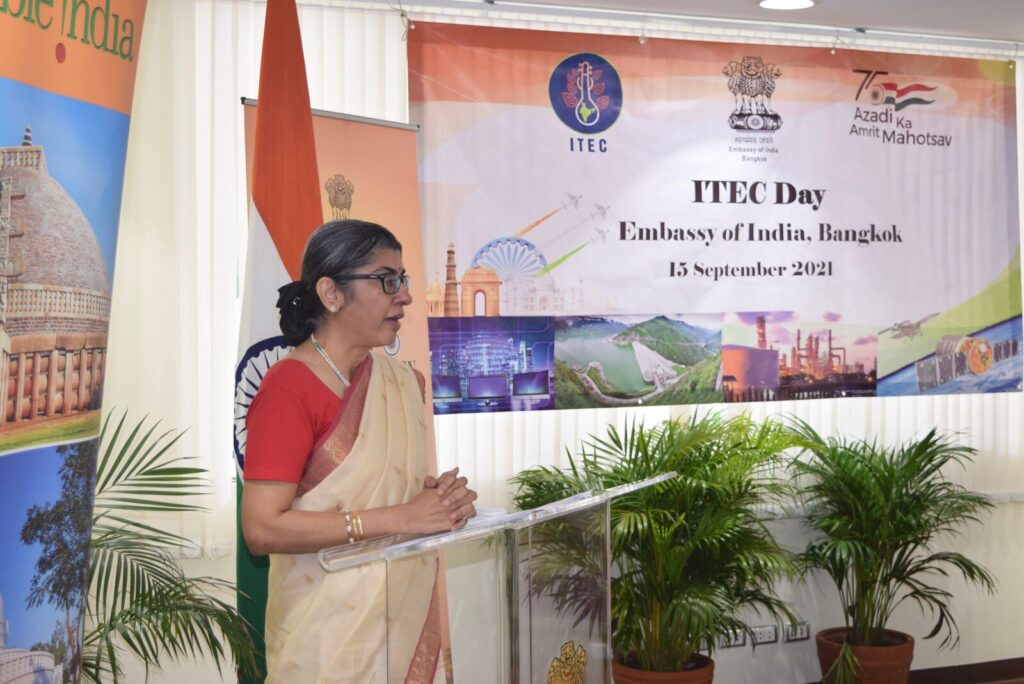 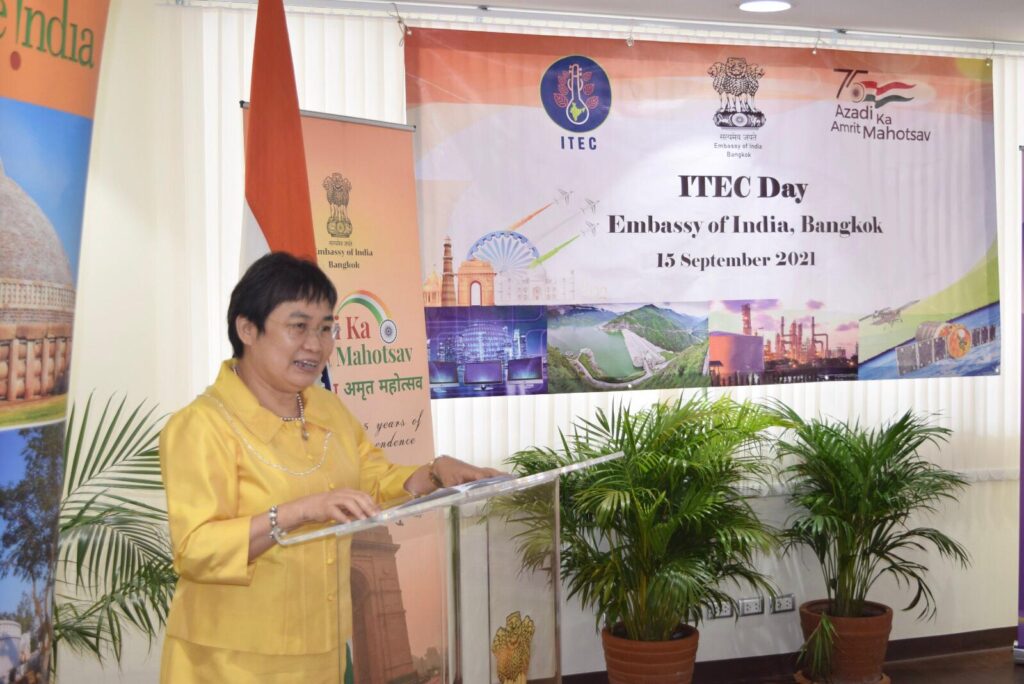 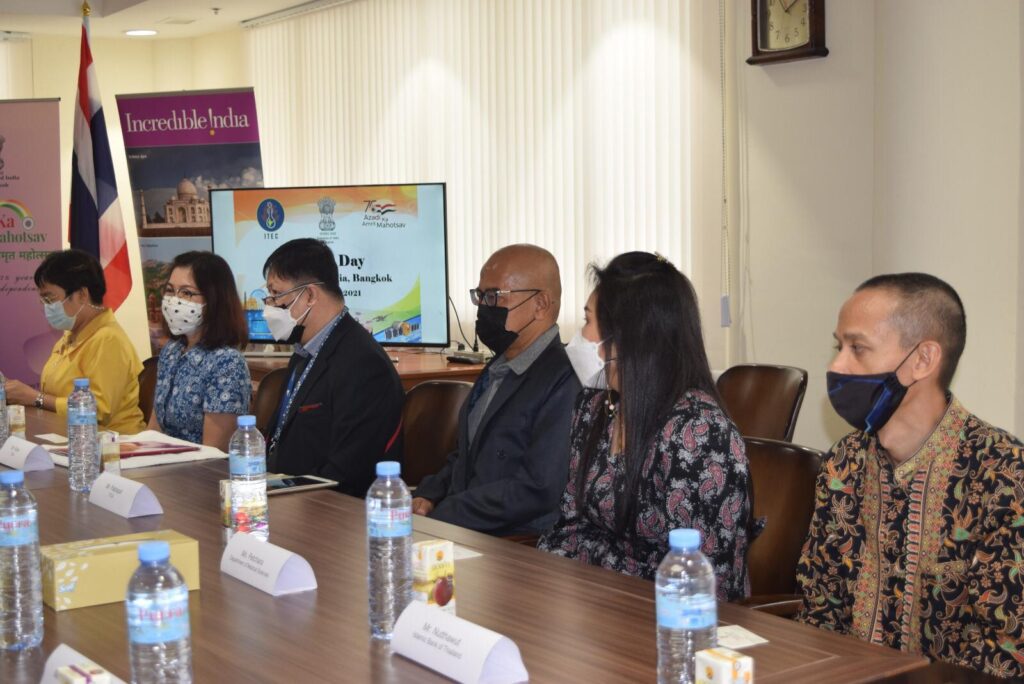 The lndian Technical and Economic Cooperation or ITEC Programme was launched by Government of lndia in 1964. lt is lndia’s flagship programme of developmental partnership. lt has three components : (i) short term training courses with duration between three weeks to two years; (ii) deputation of lndian experts abroad; and (iii) study tours of foreign officials in India. Under ITEC, Government of lndia works with 160 partner countries around the world and offers around 14,000 training slots annually. While it started primarily as a bilateral programme, ITEC framework is also used now for cooperation with regional organisations across the world including ASEAN, Mekong-Ganga Cooperation and BIMSTEC. Courses cover a wide variety of subjects ranging from rural development, governance, lT, banking to renewable energy and robotics. ITEC courses are offered to both civilian and defence personnel.

Representatives from TICA, ITEC alumni and officials of the Embassy attended the gathering today. During the event, video messages from ITEC alumni including Thai Solar Sisters from Mechai Pattana School who attended “Training Rural Women on Solar Electrification & Rainwater Harvesting” course at the Social Work and Research Centre (SWRC), Tillonia were presented. The video messages were followed by the sharing of experiences in India by Thai alumni.