With the new term pushed back to a June 14 start, schools across the country are now making preparations for a safe reopening for their students and staff, from providing COVID-19 tests to implementing more stringent prevention measures at campuses.

In Yala province, 135 teachers, school personnel, and interns at Thetsaban 1 and Thetsaban 4 schools in Yala City Municipality, have received COVID-19 tests provided by the municipality ahead of the schools reopening on 14th June.

Beside the tests, educational personnel are also interviewed to assess their exposure risks in their travel history.

In Chiang Mai, Maejo University has held a green university campaign promoting safety ahead of the new school year.

The university has sprayed silver nanoparticles, using handheld sprayers and drones on surfaces at its campus field hospital and sports center, along with surrounding areas, to ensure the cleanliness and safety of the campus and surrounding communities.

The exams will be taking place in 52 classrooms with 20 students in each. Desks will be placed at least 1.5 meters apart from one another to maintain a safe distance.

Stringent screening will be taking place at the entrance with temperature checks. Students whose body temperature exceeds 37.5C will be required to take their test in a separate room for safety.

All tests will be taking place between 9 a.m. and 12 midday, to minimize students’ time in the campus. Students will be allowed to leave according to a staggered schedule to prevent crowding.

Limited tests for special skills in music and physical education took place today at the school, with just the 15 students who applied.

After two Thai nationals were reported killed in southern Israel on 18th May, casualties in the Israeli–Palestinian conflict, the Ministry of Thailand has announced that family of the deceased and those injured will receive help from both the Israeli and Thai authorities.

The Minister of Labour Suchat Chomklin, announced today that two Thai nationals in Israel had died in a Hamas rocket strike this week. The two were working in a factory in the Ohad agricultural estate located 14 kilometers away from the Gaza strip yesterday.

The two Thai workers have been identified as Mr Weerawat Karanboriboon, originally from Petchaburi province, and Mr Sikarin Sangaram from Buriram province.

The Minister of Labour said the victims will receive compensation from social security agencies in both Israel and Thailand, while the Ministry of Labour has started coordinating with the Ministry of Foreign Affairs to relocate Thai nationals in at-risk areas, and to arrange the transportation of the deceased back to Thailand for a funeral.

The Royal Thai Embassy in Tel Aviv has released a statement offering condolences to the victims’ families, while urging Thai workers in Israel to remain vigilant and to follow instructions given by the Israeli authorities, especially outdoor warning sirens.

Thai nationals in Israel can request emergency assistance from the Embassy by calling the Thai Embassy on 054-636-8150, or by posting a message on Facebook to the Royal Thai Embassy, Tel Aviv’s official page.

Israel is a popular employment destination for Thai workers, with a government-to-government agreement established between both countries to facilitate the employment of Thai nationals in Israel.

Employment contracts in Israel’s agricultural sector have been granted to around 5,000 Thai workers so far, with around 3,100 of them already working in the middle eastern country. 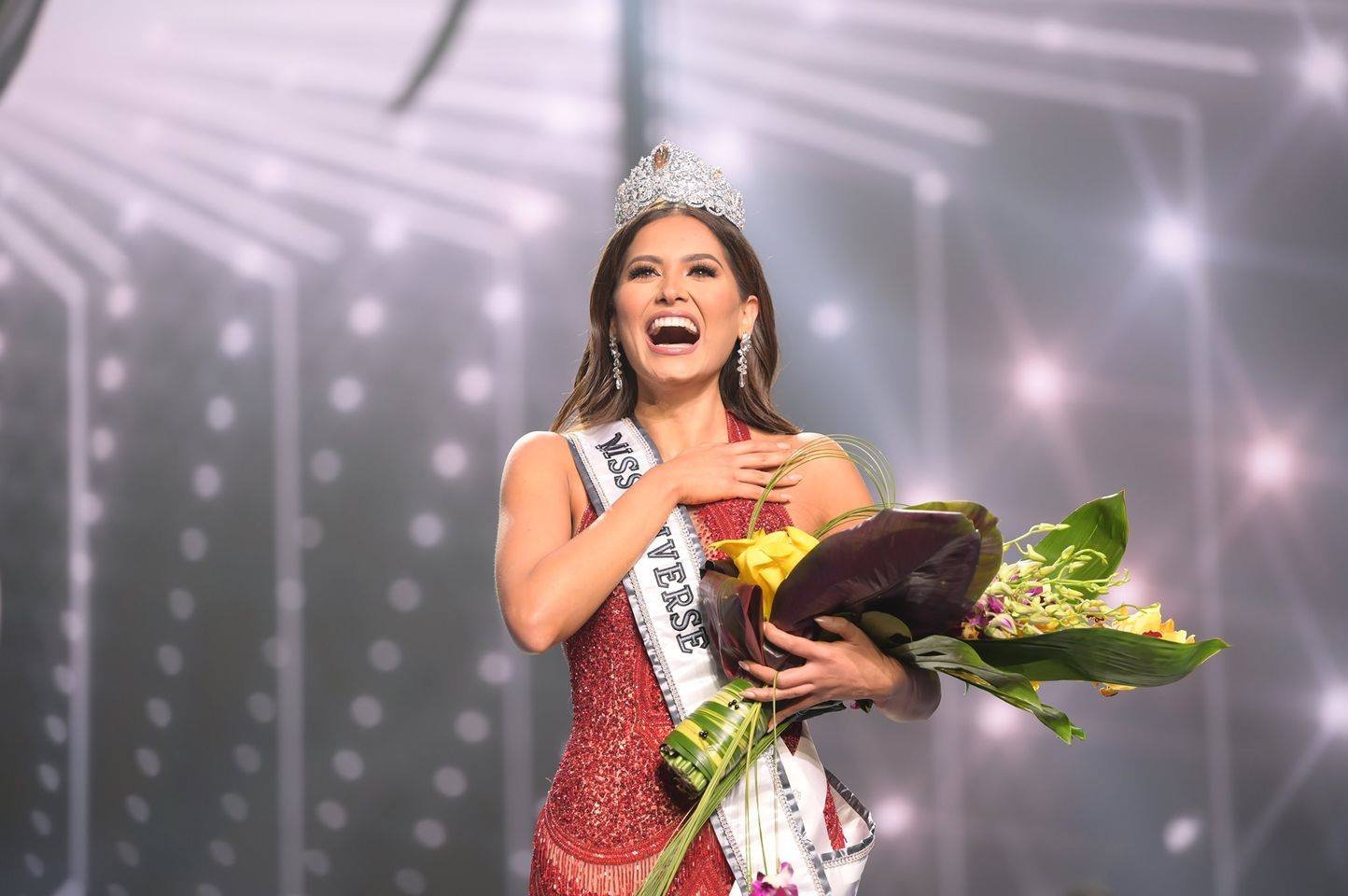 Miss Mexico Andrea Meza was crowned Miss Universe 2020, the 69th edition of the contest, at the Seminole Hard Rock Hotel & Casino, in Hollywood, Florida on May 16th, after an over 12 month delay due to the COVID-19 pandemic.

Julia Gama, from Brazil, was the first runner up, followed by Janick Maceta from Peru, Adline Castelino from India and Kimberly Jimenez from Dominican Republic. While Thailand’s Amanda Obdam finished among the top 10.

Miss Mexico wowed the selection community with her beauty and intelligence. During her final statement, Meza was given the topic of changing beauty standards, and offered an inspiring answer.

“We live in a society that more and more is more than advanced, and as we advance as a society, we’ve also advanced with stereotypes. Nowadays beauty isn’t only the way we look. For me, beauty radiates not only in our spirit, but

The National Press Council of Thailand has issued guidelines for reporting news about COVID-19 vaccinations, following the publication of inaccurate reports by several media outlets.

According to the guidelines, the media should provide balanced information, without editorializing or adding opinion, and should pay very close attention to the accuracy of the information to be published.

Members of the media are expected to avoid sensationalism and choose wording which is concise and factual. Dates of incidents or official information on COVID-19 vaccinations should always be mentioned in reports, to prevent misunderstanding.

The guidelinesaim to achieve a balance between speed and accuracy in reporting. Whenever incorrect information is detected, a correction must be published as soon as the error is identified and confirmed. Seeking advice from medical experts, before publishing a story on vaccination, is recommended and medical terms should be properly simplified and explained.

Buriram governor Thatchakorn Hatathathayakul has issued an order requiring everyone in the province to get vaccinated against COVID-19, or risk being fined or jailed for up to two years.

According to the order, people aged 18 and over, who live or work in the province, must assess their risk of COVID-19 infection, with the help of village health volunteers, via an online system or through a vaccination coordination center, before the end of this month.

Disease control and public health officials will have the authority to force people athigh risk of infection to be vaccinated and provide datesand places for their inoculation.

Violations carry a maximum of one month in prison and/or fines that could be as high as 20,000 baht, under the 2015 Communicable Disease Act.

Those who actively refuse to get vaccinated may also be liable to a maximum of two years in prison and/or a fine up to 40,000 baht for breaching the emergency decree.

The government is developing a vaccination registration app, especially for foreign residents, as there has been confusion about the registration processamong expats, migrant workers and other foreigners.

Ministry of Foreign Affairs deputy spokesperson Natapanu Nopakun said mass vaccinations could begin as soon as next week, as supplies have arrived earlier than expected.The inoculation program will move ahead quickly once they are distributed.

He said that, even if foreign nationals do not make bookings using the Mor Prom application, they will be eligible to use walk-in vaccination services as soon as they are officially opened, adding that any provinces that are ready to provide the vaccines on a walk-in basis can commence operations immediately.

Mr Natapanu added that authorities would like to make services to foreigners available in English and other languages if possible, to avoid any miscommunication.

The post Vaccination Registration App for Foreigners Will Be Ready Soon appeared first on BangkokScoop.

The Center for COVID-19 Situation Administration has announced adjustments to the colour-coded zone map of provinces for Covid-19 in Thailand, reducing Red zone provinces. The proposal includes significant downgrading of provinces from the most severely affected Dark Red zones and Red zones to an Orange categorisation. The CCSA is also expected to relax some restrictions on restaurants and other businesses.
2 provinces were moved from Dark Red, with Chon Buri downgraded to Red and Chiang Mai dropping all the way to Orange, reducing it to only 4: Bangkok, Nonthaburi, Samat Prakan and Pathum Thani.
The Red zone was drastically reduced from 45 provinces to just 16 plus Chon Buri which is a hopeful sign for the Covid-19 battered country. 29 provinces moved from Red to Orange, plus Chiang Mai moving to Orange from Dark Red.
Thailand still had no provinces categorized as Green or even Yellow yet, but hopefully, the downward trend continues. The zone layout now is: 4 Dark Red zones, 17 Red zones, 56 Orange zones for 77 provinces total.
#CCSA #Zonings #Colorzoning #โควิด19 #ศบค

The Centre for COVID-19 Situation Administration (CCSA) is considering easing restrictions in provinces currently under strict control and will release a new list of guidelines on Saturday (15 May 2021).

CCSA spokesman Taweesin Visanuyothin said the easing of restrictions will be considered based on several factors, including outbreak characteristics, terrain, the number of people at risk of spreading the virus and the number of those vaccinated.

In red-zone provinces, dining-in will be allowed until 9pm, while dining in orange-zone provinces will return to normal. Alcohol consumption in restaurants will continue to be banned everywhere.

For schools and tutoring centers in maximum controlled areas, students will be allowed to attend class, provided the school has received approval from relevant Provincial Public Health Offices. In controlled areas, classes can be held as normal, but schools must comply with measures to curb the spread of COVID-19.

The Ministry of Education has prepared a two-phase plan for students and teachers, after the start of the 2021 academic year was delayed until 1 June by the COVID-19 outbreak.

Minister Trinuch Thienthong said, under phase one, from 17 to 31 May, before the semester starts, children will be given opportunities to learn essential life skills from contemporary events or real experience. Mentoring teams will advise teachers on how to organize the activities, which could include learning about the COVID-19 situation.

Phase two will begin at the start of the semester on 1 June. It will feature five forms of study: Onsite learning at school, on-air or learning via DLTV, on-demand through various mobile applications, online learning through the internet and on-hand learning at home with workbooks and worksheets.

The minister added that the KruPrompt (Teacher Ready) website will provide a platform for teachers to access learning materials and exchange information in preparation for the new school year.

The Civil Aviation Authority of Thailand (CAAT) is seeking Covid-19 vaccines for frontline personnel in the aviation industry as the country sets to reopen to foreign visitors.

CAAT office director Suthipong Kongpool said there is an urgent need for people in the aviation sector and the vaccine being sought is for vaccinating employees of Thai-registered airlines. It’s a confidence-building measure for both tourists and those providing the services.

He said the CAAT estimates about 20,000 people, including pilots, cabin attendants and ground service staff, will need vaccinations before international travel resumes.

Suthipong said the CAAT has scheduled a meeting for Thursday to assess the aviation industry’s readiness to return to full operations when the country reopens its borders and dealing with overseas visitors arriving in Thailand without having gone through quarantine.

The CAAT believes Chinese visitors will be the first to return to the country as China has managed to effectively combat Covid-19, adding that there will be 36,150 domestic and international flights this month, representing a 7% increase from last month.